And Justice Shall Prevail: Adler Approaches the Administration with Vision and Resolve

For many at Adler, the 2016 election cut to the heart of what they do—and intensified their mission. The University is not a partisan institution, but for its community of socially responsible practitioners, many working with marginalized communities, there were grave concerns. Some protested. Others trained to help detained immigrants. All had tough conversations about privilege and advocacy. Together, they’re braving a new era of activism.

The morning of November 9, first-year Adler student Naomi Lewis covered her mirrors with cloth, a Jewish custom of mourning, and went to campus to prep for a group presentation. Usually bustling with students and staff, the halls were quiet.

“People were putting final touches on their PowerPoints while sobbing at their laptops,” says Lewis, who convinced their professor to cancel class. That night, she joined thousands of Chicagoans marching in the streets. It was her first protest.

“That marked the beginning of activism for me,” Lewis says. 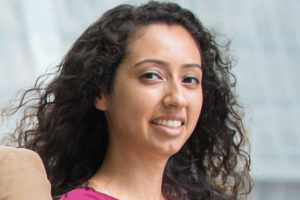 “The results made it feel like we were so much more of an underdog than we felt,” says Vásquez, Community Project Coordinator at Adler’s Civic Center, who worked to get out the vote among youth, people of color, and other underrepresented groups. But defeat quickly became resolve. “The next week we started to ask, ‘How is this going to change our work?'” 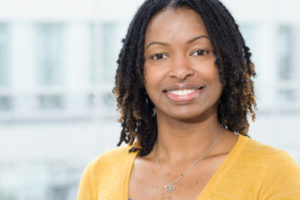 “The current political climate is not new for everyone,” stresses Williamson, Civic Center director. “The campaign rhetoric we heard is not new for people of color, for LGBTQ folks.” The question now, she says, is what to do with this heightened awareness. “If we want to further our understanding of the political landscape, we have to look at what we’ve been listening to and what we haven’t.” 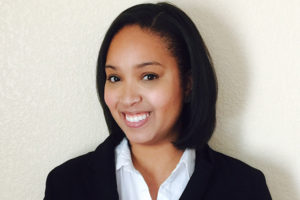 “The campus was eerily somber,” remembers Wright, Adler’s 2016-17 student government president. Many classmates voiced fears. Others struggled to manage their emotions while supporting therapy clients that day. “The current climate is one of exclusion,” Wright says, who helped create spaces on campus for conversation around diversity and politics. “Activism is a way to support groups who have been targeted.” 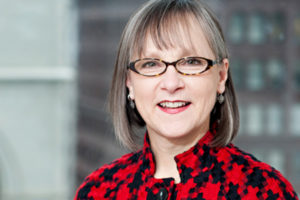 Valerie Werner, LMFT, Public Policy & Administration Program Director, recalls tears on campus, but wasn’t shocked herself. “This is white male privilege all over the place. There is no way a person of color would even be on the radar with this man’s background.” As many of her students now campaign for progressive candidates, she urges long-term thinking. “The struggle is continuous. You can never say, ‘OK, we’ve fought that battle and we’re not going to have to fight it again.’” 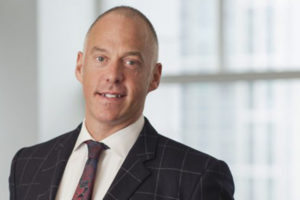 “It’s 1985 all over again,” Adler president Raymond Crossman, wrote in a deeply personal Salon essay, where he disclosed his HIV-positive status and recalled Reagan’s indifference towards the AIDS epidemic. “Now, just as then, we are living in a time when the president’s actions are leading to harm for marginalized people around the world.” For Crossman, sharing his story publicly is a form of activism. “While it’s not typical for a university president to write something like this, these are not typical times and Adler is not a typical university.”

At Adler University, a non-partisan institution where advocating for those without a voice is part of one’s education, the 2016 presidential election cut to the heart of the University’s mission—and prompted an urgent call-to-action from all corners.

“We stand together, now more than ever, to uphold the University’s values of pluralism, social interest, excellence, pragmatism, and, especially important at this time, courage,” declared the Board of Trustees in an open letter reaffirming Adler’s activist role.

“Adler University is not a partisan institution, but for many of us who work with marginalized communities and for social justice, there were concerns.”

Since November, the Adler community has stepped up to support those whose rights are under siege. Many have lobbied and called Illinois legislators about legal protections for immigrants. Faculty, staff, and administrators signed a Statement of Shared Commitment to ensure Adler is “a haven that protects the rights and equal treatment of all those in our community.”

Others received training to help those detained at O’Hare in the wake of the administration’s travel ban. Several in Chicago and Vancouver participated in local Women’s Marches. Many have shared personal stories of oppression—and had honest conversations about how best to stand with those most heavily impacted by federal policy changes.

All are raising their voice against injustice.

“Our political climate requires all of us to reach out more, learn more, and take action more,” says Williamson, whose Civic Center team connects students to a range of opportunities to create transformative change, including the university’s unique Social Justice Practicum program. They recently won the University’s inaugural Alfred Adler Social Justice Award for their activism in the pursuit of equality.

“It’s not just our Center that’s feeling a huge fire under our feet,” says Williamson, who has noticed a shift in the way different organizations, from civic and community groups to private sector companies, are now coming together to combat oppression.

“It’s everybody having a very similar reaction: let’s do something together.”

8 Things You Can Do Now

We are with You

There’s been no shortage of rallying cries.

A week after taking office, President Trump signed the controversial executive order that halted all refugee arrivals to the United States for 120 days and indefinitely for those from Syria.

On February 1, in the wake of the travel ban, Adler students in Chicago organized a walk-out March of Solidarity. Dozens of students and staff joined the midday protest through Chicago’s Loop.

The Civic Center soon teamed up with local refugee and immigrant organizations to train licensed mental health practitioners as volunteer psychological first responders for people detained at O’Hare. To date, more than 100 Chicagoans have completed the training.

The program—it is part of the “Chicago is With You” task force established by Illinois Senator Dick Durbin, Congressman Luis Gutierrez, and Mayor Rahm Emanuel last December to deliver services to immigrants and other disenfranchised communities—highlights the type of collaborative advocacy happening since Election Day.

“People were getting detained at the airport before the ban, but, to my knowledge, this is the first organized attempt that includes legal and mental-health services to assist folks,” says Vásquez, who is also working on a training for clinicians to provide mental health care for undocumented individuals, many of whom avoid seeking services out of fear of deportation.

“So much trauma is being felt around the country right now,” she says. “Adler has an opportunity to set the standard on what it means to be a culturally competent, compassionate force for change through mental health access.”

On March 22, the Adler community took a collective pause to reflect on how best to mobilize—and dismantle the barriers that divide us. Organized by the Civic Center, the daylong retreat, “The Activist in All of Us,” brought together the Chicago and Vancouver campuses for conversations on topics such as police accountability, women’s rights, and finding one’s role as an activist.

Those looking to take direct action that day could make calls to public officials and hone their strategic skills at an Organizing for Social Change training hosted by Midwest Academy, a national training forum for progressive community activists.

“At Adler, we’re already primed for developing and unleashing your inner activist,” says Ada Christopher, Vancouver’s Director of Admissions and Program Innovation who attended the retreat. “Now people are becoming even more intentional about the outcomes they want to see and organizing their resources to be able to stand for their beliefs.”

Many presenters encouraged people to think creatively about what civic engagement looks like.

“What I mean by activism,” Crossman explained in an opening Q&A, “is finding your voice or behavior or conversation to be in in order to disrupt or interrupt oppression in service of social justice. There are all kinds of ways to do that.” He urged, no matter your politics, to find your voice.

“Activism doesn’t always mean being in the streets protesting,” agreed Laura J. Ramírez, Ph.D., a Chicago education activist who participated in a panel about the intersectionality of women’s rights.

She spoke of being part of a prolonged 43-day sit-in when residents in Chicago’s Pilsen neighborhood rallied to protect La Casita field house in 2011. “One of the most radical things mothers did was bake for us, cook for us, bring us coffee every day, and just show up,” Ramírez says. “Activism looks different depending on where you are at in your life.”

It also means getting out of your comfort zone.

“As a big-bodied, able, black, trans, non-gender conforming person, I don’t see myself in a lot of spaces,” said panelist LaSaia Wade, Director of Brave Space Alliance, a Chicago-based grassroots organization for trans people of color. She urged individuals to get curious about those unlike yourself and “be OK having uncomfortable conversations.”

“This isn’t going to be easy work,” agreed panelist Veronica Castro, a Latinx organizer in Chicago and Planned Parenthood’s National Training Director. “Reaching out to people who are having these experiences firsthand, learning from them, and seeing them as experts about their own lives is really important.”

As the 24-7 political news cycle continues to churn, the Adler community is taking those words and its mission to heart, reaching out more than ever to stand in solidarity with marginalized populations—and advocate for our shared humanity in the face of oppression.

“It’s our responsibility as humans to speak out when we see injustice or individuals being treated unequally,” says Vancouver student and panelist Maria Suleyman, who came to Canada as a Kurdish refugee when she was a child.

“From a refugee perspective, I cannot emphasize how important your voice is,” she said at the March retreat. “If it weren’t for people like you speaking out, I would not be here today. I would not be alive.”

Challenge Others to Think About What Community Means

The 2019 Adler University class of Chicago and Online Campus students graduated on October 20. Victoria Stewart, a graduate of the Master of Public Policy: Human Rights Advocacy Program in Chicago, spoke at the commencement ceremony at the Chicago Theatre.