During Women’s History Month in the United States, Adler University celebrates the lives and accomplishments of all women and recognizes the continued fight for equality. Recognizing women’s experiences and accomplishments gives us a fuller understanding of our country’s history. We can also better comprehend the systemic changes we still need to make to ensure everyone’s civil rights are valued, regardless of gender identity, race, ethnicity, sexual orientation, or ability.

We encourage the Adler community and the public to learn about and celebrate women’s contributions and to take action for gender equality and the well-being of all women.

Women’s History Month is a celebration of women’s contributions to U.S. society, history, and culture. In 1980, the National Women’s History Project was founded by Molly Murphy MacGregor, Mary Ruthsdotter, Maria Cuevas, Paula Hammett, and Bette Morgan to “broadcast women’s historical achievements” and combat the fact that women were missing from many history books. They successfully lobbied Congress to recognize March as Women’s History Month in 1987.

Women’s History Month aligns with International Women’s Day on March 8—a day celebrating the social, economic, cultural, and political achievements of women around the world. It was first recognized in 1911 and has been sponsored by the United Nations since 1975.

Read more from HISTORY and TIME.

Transgender women and nonbinary individuals have often been purposely excluded from Women’s History Month and International Women’s Day celebrations. It’s important to recognize the role trans-exclusionary feminism has played in this and the harm trans-exclusionary radical feminists (TERFs) have caused in making this day less than celebratory for many women. Learn more from Gender Justice, the Iowa State Daily, and Vox.

We also recognize the terms womxn and womyn are contentious but can be valid signifiers of gender identity for some when used to include trans and nonbinary people.

We believe that all individuals have a right to live as their authentic selves and should be celebrated.

Suffrage for All Women

The theme of Women’s History Month this year is  “Valiant Women of the Vote: Refusing to be Silenced.” The theme continues the centennial celebration of the 19th Amendment to “honor women from the original suffrage movement as well as 20th and 21st century women who have continued the struggle.”

The ratification of the 19th amendment in 1920 was a monumental accomplishment. But it did not grant the right to vote for all women, as many states had their own polling laws. These laws kept BIPOC women from voting until the Voting Rights Act of 1965 was passed. Learn more from WHYY News and Harper’s Bazaar.

Voter suppression continues to this day. Check out these organizations fighting for voters’ rights: Let America Vote, Fair Fight, and the ACLU.

We celebrate women in history and how their contributions and impact have shaped the fields of social justice, psychology, and mental health. 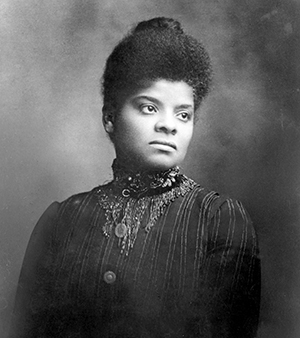 A prominent journalist, feminist, teacher, and civil rights activist, Wells-Barnett used her investigative and writing skills to share the conditions and experiences of Black Americans in the South and to fight against lynching. She was also instrumental in founding several groups advancing justice for Black Americans.

Wells-Barnett was born into slavery in Mississippi during the Civil War and decreed free by the Emancipation Proclamation at age six months, but still faced immense racial discrimination and restrictions. She grew up to write about race and politics and eventually became the co-owner and editor of the Memphis Free Speech and Headlight newspaper. She investigated lynching cases in Memphis and published findings in the newspaper and pamphlets, enraging locals and forcing her to move to Chicago. 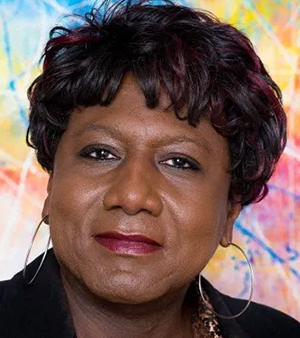 Roberts was a groundbreaking trans human rights activist and journalist who made great strides in changing how transgender people are represented in the media. She reported with empathy, sensitivity, and urgency, using her platforms as a journalist and award-winning blogger, to raise awareness of violence and injustice against transgender people across the country.

Roberts was born in a segregated part of Houston, Texas, where she encountered racism, transphobia, and misogyny. She co-founded the National Transgender Advocacy Coalition in 1999 and she lobbied for trans rights in Texas and Kentucky. It was through this work and as a journalist for a local LGBTQ newspaper that she realized the lack of resources and coverage of issues for Black trans people. In 2006, she created TransGriot, a blog to build community and pride for Black trans people. She used the blog to track the murders of transgender people and correct the inaccurate reporting from news outlets and police departments. Her work helped bring national attention to the issue, which is now labeled an epidemic.

Roberts, who described herself as “a proud unapologetic Black trans woman speaking truth to power,” continues to be an inspiration for trans rights activists and journalists. Learn more from The Washington Post and CNN. 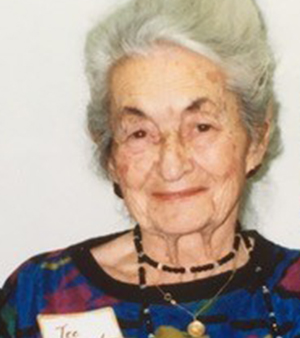 Dreikurs is known for her pioneering work as a therapist, artist, and social worker. Often considered the “matriarch of art therapy,” she championed collective art making to help individuals heal and find community.

As a child, she enrolled at the Jane Addams Hull House for art classes, where she came to live and work with Jane Addams. Much later through Hull House, she met her future husband Rudolf Dreikurs, an internationally known Adlerian psychologist. She began exploring Adlerian psychology and created art therapy methods based on Adlerian principles, such as “group painting” which was a technique she created during her time as an art teacher at Hull House.

“One of the most influential events in my life was studying Adlerian psychology, because it isn’t just a psychology, it’s a philosophy of life, and it changed me a great deal,” she said. “It certainly made a more courageous person out of me.”

In 1952, she helped Rudolf found the Alfred Adler Institute of Chicago, now Adler University. Ten years later, she began her career as an art therapist, and in 1974, she formed the institute’s Art Therapy program. Her legacy lives on today through Adler University’s Art Therapy students and faculty—and across the Art Therapy field. Watch Sadie “Tee” Dreikurs: Partner in History A Video Documentary and learn more from AdlerPedia, the Chicago Tribune, and Hull House Museum

Promoting Community and Mental Health Through 'Tea and Therapy'

Words of wisdom: Adler alumni offer advice to the Class of 2022

While it’s an exciting time for soon-to-be graduates, the transition from school to a professional setting can also be unnerving.

The Social Determinants of Education

Adler University Trustee Juan Salgado, M.U.P., is President and CEO of Instituto del Progreso Latino. Salgado discusses the social determinants of health—that whether people are healthy or successful can be heavily influenced by social, economic and physical environments.