American and Canadian Jewish communities and histories are far from uniform – every community and individual has a different perspective on issues of identity, race, and diversity. We want to acknowledge both the shared and diverse legacies of all Jewish communities, both in Canada and the United States.

It is also important to shed light on the antisemitism that Jewish Americans and Canadians have endured in the past and experience today. We are sharing resources for our Adler University community to learn more and continue to work together to address and confront hate, prejudice, and violence.

We encourage everyone across the Adler University community to learn, celebrate, and take action.

In May 2004, the Commission for Commemorating 350 Years of American Jewish History hosted a renowned 350-year anniversary celebration. A few years later, a collaborative effort led by the Jewish Museum of Florida and South Florida Jewish community leaders culminated in the official recognition of Jewish American History Month, first proclaimed in 2006.

This year’s theme, organized by the National Museum of American Jewish History, focuses on this section of a well-known saying by the ancient sage Rabbi Hillel. It will also focus on the work of Rabbi Abraham Joshua Heschel who marched with Dr. Martin Luther King, Jr. in Selma and “highlight historical moments in which American Jewish communities demonstrated remarkable resilience and care for communities outside of their own, and also how diverse communities stood up for Jews in the face of antisemitism.” Read more from the National Museum of American Jewish History.

We recognize and celebrate Adler University’s Jewish founders and leaders who understood their work through both their Adlerian and Jewish experiences.

Alfred Adler (1870 – 1937) immigrated to the United States in 1932 seeing the rise of the Nazi party, and with that the rise of antisemitism. He wrote about antisemitism in one of his private letters to his secretary Evelyn Roth in 1930s. Ultimately, most of his clinics had been shut down in Austria and following the 1935 antisemitic and racist Nuremberg Laws and Kristallnacht in 1938, antisemitism became rampant in Austria and across Europe. That was followed by more veiled, but not less dangerous, antisemitism in the US and Canada. Despite having converted to Protestantism as an early adult, Adler remained ethnically/racially Jewish, and according to the Nuremberg Laws his conversion would never help him to avoid prosecution as a Jew. Adler held equality, civil rights, mutual respect, and the advancement of democracy as core values. Learn more from Adlerpedia.

Rudolf Dreikurs (1897 – 1972) was instrumental in spreading Adlerian theory and ideas of social equality and in promoting democracy in the armed forces across the globe. Learn more from Adlerpedia and at the upcoming APA Division 19 regional conference in June. 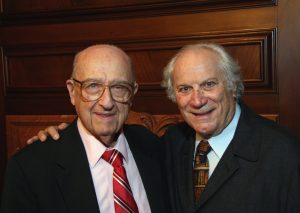 Dreikurs, along with Harold Mosak (1921 – 2018) and Bernard Shulman (1922 – 2018) founded the Alfred Adler Institute in 1952, which in 2015 became Adler University. Mosak and Shulman were Adlerian psychologists and prolific authors who shared an emphasis on social equality. Read about Mosak’s views on “Faith, Hope, and Love in Psychotherapy,” an article published in the Journal of Individual Psychology by Mosak and Marina Bluvshtein, Ph.D., Director, Center for Adlerian Practice and Scholarship.

Mosak and Shulman were also influential leaders, professors, and mentors, whose legacy lives on through our alumni, faculty, and staff. Read more in the Adler University article, “Remembering our Founders.”

We also recognize and celebrate the successes and contributions of other Jewish Americans and Jewish Canadians who have impacted and helped shape the fields of psychology, mental health, and social justice. 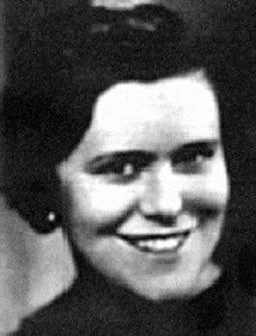 Social Psychologist Dr. Frenkel-Brunswik made significant contributions to the development of social and clinical psychology and is best known for her research on authoritarian personalities and the effects of antisemitism.

She was born in a small city in Austria-Hungary. Her family later moved to Vienna following the outbreak of World War I. Dr. Frenkel-Brunswik earned a doctorate in psychology from the University of Vienna in 1930. Later in California, she worked both as a research associate at the Institute of Child Welfare and a research psychologist and psychotherapist at Cowell Memorial Hospital.

In 1950, she collaborated with Theodor Adorno on a publication of the groundbreaking study, The Authoritarian Personality. Having experienced antisemitism herself, she was aware of its dangers and wanted to use her research and psychology background to better understand the psychology of prejudice. The publication explored the interactions between parenting, personality, and ideology and is still relevant today in understanding conventional morality and behavior.

Dr. Frenkel-Brunswik later held a fellowship at the Center for Advanced Study in the Behavioral Sciences at Stanford University and was a guest lecturer and research consultant for the University of Oslo. She was voted as a tenured professor in the psychology department at Berkley in 1957 where she continued to work until her death in 1958. Read more from the Jewish Women’s Archive and Psychology’s Feminist Voices. 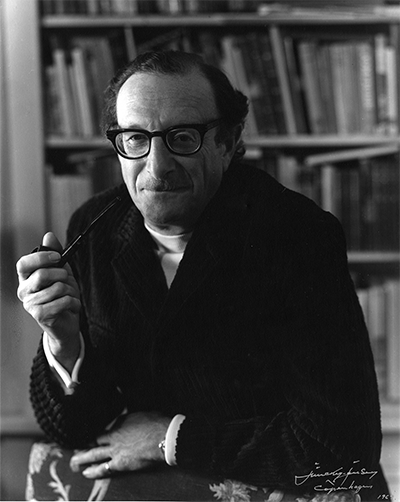 Dr. Berne is best known for his groundbreaking development of transactional analysis, which is used across many sectors, including educational, business, personal, and organizational. Dr. Berne was born in Montreal, Canada and received an M.D. in 1935 from McGill University. He completed his residency at Yale University School of Medicine where he studied psychiatry and psychoanalysis. In 1939, Dr. Berne became an American citizen and served as an army psychiatrist from 1943 -1946.

After the war, he trained under Erik Erikson who is known for his development of the theory of psychosocial development. Throughout his career, Dr. Berne worked in several hospital settings while he continued his study of psychoanalysis. Dr. Berne began branching out from traditional psychoanalytic theories and created transactional analysis theory, which “combined elements of psychoanalysis and cognitive theories of human behavior.” Transactional analysis is proven in educational models to improve the work and lives of students, teachers, and parents.

His book, Games People Play, reflected on his research of transactional analysis and outlined common interpersonal interactions. He emphasized that healthy interactions contained validating statements rather than devaluing oneself or others. Dr. Berne continued working on his theory and writing until his death in 1970. Read more from the International Transactional Analysis Association and Good Therapy.

Standing Up Against Violence Toward Asian Americans

As Adlerians, we stand up against violence and oppression in all forms. Chicago Campus art therapy student Elisha-Rio Apilado shares her thoughts and artwork in response to recent acts of violence, police brutality, and hate crimes toward Asian Americans.

Shavonne Fuller, a Doctor of Psychology in Clinical Psychology student on the Chicago Campus, has demonstrated her commitment to social justice inside and outside of Adler University.

A champion for young people, Online Campus student Carmelita Booker has a long history of social justice advocacy in the field of child welfare.