Every year, Americans observe National Hispanic Heritage Month (Sept. 15-Oct. 15) and Canadians observe Latin American Heritage Month in October to recognize the contributions of those who are part of these communities. At Adler, social justice is at the heart of what we do, so we want to recognize several of the social justice advocates who have positively impacted both nations through their contributions and efforts for equity.

Like the Black Panther Party, the Young Lords were a predominantly Puerto Rican civil rights group seeking better treatment and resources for underserved Latino communities in Chicago and New York. In Chicago, their efforts led to free dental services, health clinic visits, and a community childcare center. The organization was founded in 1969, and Iris Morales joined the group later that year.

Morales, a young Puerto Rican woman from New York, became the Deputy Minister of Education, making her the only woman to hold a high-ranking position in the organization at that time –something that did not sit well with Morales as men held nearly all ranking positions.

Women in the organization were confined to minor supporting roles and were denied the ability to lead. Morales saw this as a problem and created “a revolution within the revolution” by taking on her own party, challenging the men in power to stand by their actions and ensure that women were treated as equals and not objects of affection. Thanks to Morales, the Women’s Caucus was founded within the party to finally give women a voice, and for the first time, women were appointed to positions of power.

Her book “Through the Eyes of Rebel Women” depicts her time and challenges within the Young Lords party, documenting the rise and fall of the organization. After her departure from the Young Lords, Morales continued her activism, along with becoming a filmmaker, author, and lawyer, in championing social justice, women’s rights, and racial equality. 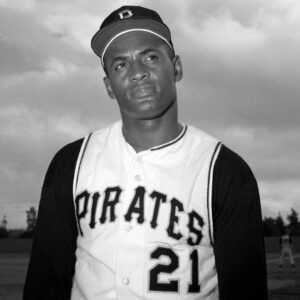 In 1972, after multiple emergency relief flights carrying necessary aid to earthquake victims in Nicaragua were diverted due to corruption,. Clemente personally decided to join one of the flights to prevent another diversion. Unfortunately, due to mechanical issues, Clemente’s plane crashed shortly after takeoff from Puerto Rico into the Atlantic Ocean, and Clemente was killed.

He was inducted into the MLB Hall of Fame in 1973, and his legacy remains strong as he is still one of the most popular and well-recognized Puerto Rican baseball players today. 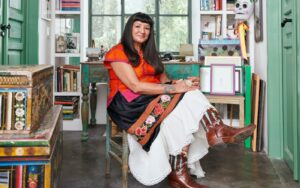 Born on Dec. 20, 1964, in Chicago,. Sandra Cisneros is a Mexican American author best known for her book “A House on Mango Street.” In the book, Cisneros drew upon her experiences growing up in Chicago as a young Latina living in a low-income area struggling to find her identity, among other challenges.

Regarded as the most influential Chicana writer, Cisneros was the first Mexican –American author to have her work published by a mainstream publisher. Her way of addressing subjects such as gender inequality and the marginalization of cultural minorities from a Chicana perspective was groundbreaking. It led to the sharing of her stories with people across the world. She’s also used her success to help inspire the next wave of Chicano/Chicana writers. In 1995 she established the Macondo Writers Workshop, which provides socially conscious workshops for writers.

Cisneros not only opened the door for Chicana authors but also amplified the voices of many who, like her, have stories to tell. 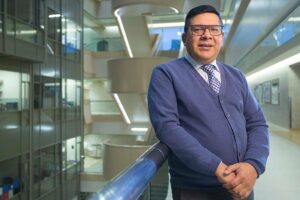 Born in Bolivia, Ivar Mendez, M.D., immigrated to Canada as a teenager with his family. Dr. Mendez attended the University of Toronto and earned his medical degree from the University of Western Ontario. Dr. Mendez would go on to be certified in neurosurgery in 1994 from the Royal College of Physicians and Surgeons of Canada and from the American Board of Neurological Surgery.

Dr. Mendez’s work improved efforts to treat those who have Parkinson’s disease. He has also committed to streamlining the use of remote presence devices that can deliver health care in remote locations. In 2015, Dr. Mendez and his team printed the first 3D brain for planning deep brain stimulation surgery, which led to virtual reality brain development for medical education and surgical planning applications.

Dr. Mendez has earned many accolades, including being named as one of Canada’s 10 most influential Latinos. Dr. Mendez has also founded the Ivar Mendez International Foundation to provide nutrition, dental care, and art programs to children in remote locations of the Bolivian Andes.

Serving others through mental health advocacy in British Columbia

National Indigenous History Month was established to acknowledge and honour the histories, heritage, and diversity of First Nations, Inuit, and Métis communities—a time to learn from and with Indigenous knowledge-holders and to recognize and celebrate the unique and diverse strengths, voices, and contributions of Indigenous peoples.

Jennifer van Wyck, M.A. ’10, works in areas of the Middle East formerly controlled by the Islamic State (IS) group to help women who have experienced violence and their communities to heal.