Exploring the Human
Cost of Pandemics
And Our Call to Action

Our annual Social Justice Summits allow all staff, students, and faculty to engage in this process to uphold and enact our mission.

These summits allow us to engage in a University-wide reflection on socially responsible practice, gain knowledge and skills to expand our activism, and engage in social justice movements.

This year we will:

IGNITE our dialogue this Fall term by engaging in a University-wide, immersive reflection on socially responsible practice by exploring intersectional pandemics.

CONNECT in Concurrent Sessions in the Spring term to gain more knowledge, skills, and perspectives on social justice, civic engagement, and activism.

and PUSH ourselves into action during the spring and summer months by enacting Adler Action Days!

Together we IGNITE, CONNECT, and PUSH for a more just society!

This year the theme will focus on the vast and continuous impacts of structural racism, the COVID-19 pandemic, economic inequality, and policy brutality. This year’s theme is robust and comprehensive, as it is imperative to interpret injustice more accurately and thoroughly. Socially responsible practitioners must demonstrate the ability to impart intersectional analysis of oppression in order to take action and participate in social justice movements. The goal of these social justice summits is two-fold: 1) for participants to gain knowledge and perspectives on how these pandemics intersect, enact and exacerbate oppression, and 2) for participants to coalesce and make plans to address these pandemics with collective action. 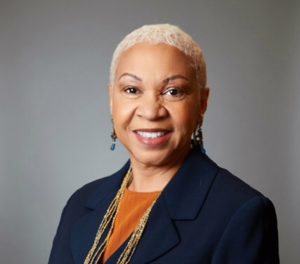 Dr. Joy Angela DeGruy holds a Bachelor of Science degree in Communication, a Master’s degree in Social Work (MSW), a Master’s degree in Clinical Psychology, and a Ph.D. in Social Work Research. Dr. DeGruy is a nationally and internationally renowned researcher and educator.  For over two decades, she served as an Assistant Professor at Portland State University’s School of Social Work and now serves as President and Chief Executive Officer of Joy DeGruy Publications Inc.

Dr. DeGruy’s research focuses on the intersection of racism, trauma, violence and American chattel slavery. She has over thirty years of practical experience as a professional in the field of social work. She conducts workshops and trainings in the areas of intergenerational/Historical trauma, mental health, social justice, improvement strategies and evidence based model development.

In addition to her pioneering work in the explanatory theory and book, Dr. DeGruy has developed evidence-based models for working with children, youth, and adults of color and their communities. 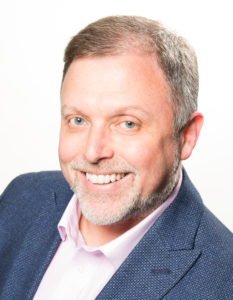 Tim Wise is among the most prominent anti-racist writers and educators in the United States. He has spent the past 25 years speaking to audiences in all 50 states, on over 1000 college and high school campuses, at hundreds of professional and academic conferences, and to community groups across the country. He is also the host of the new podcast, Speak Out with Tim Wise.

He has also trained corporate, government, entertainment, media, law enforcement, military, and medical industry professionals on methods for dismantling racism in their institutions. Wise has provided anti-racism training to educators and administrators nationwide and internationally, in Canada and Bermuda.

Wise appears regularly on CNN and MSNBC to discuss race issues and was featured in a 2007 segment on 20/20. He graduated from Tulane University in 1990 and received antiracism training from the People’s Institute for Survival and Beyond, in New Orleans. 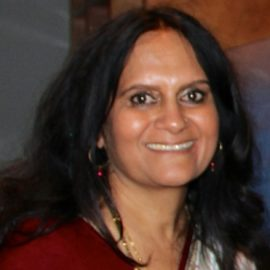 I am a professor in the Department of Asian Studies and the Institute for Gender, Race, Sexuality and Social Justice at the University of British Columbia. My scholarship is located at the intersection of the Social Sciences and Humanities. I study and work on critical race, postcolonial, transnational and feminist theory; intersectionality, social movements and critical social theory; colonialism, indigeneity and racial violence; globalization, citizenship and migration; South Asian women’s, gender and sexuality studies; representations of Islam and Muslims in South Asian and Western media; and Muslim Women, Islamophobia and the war on terror.

The geographical areas of my research include Canada, the U.S., South Asia and the South Asian diaspora.

My academic work is informed by a commitment to the scholarship of engagement and by my activism in the anti-racist, feminist and anti-war movements.

We encourage you to share your thoughts on how we can continue to push ourselves as socially responsible practitioners on social media using #AdlerForSocialJustice.

Please note that all sessions listed below have a limited capacity, and registration with your Adler University email address is recommended to ensure that you are able to attend.

Teaching and Learning About Activism

Presented by Dr. Laura Ramirez
This opening session will help participants understand the importance of activism to combat social injustice, oppression and warn about silence during social crisis.

The CivicLab is offering you an opportunity to lean in and gain some knowledge, skills and abilities required to begin to construct your own Social Justice Plan.  It is time to start the process of tooling and coaching up at all three levels: Intrapersonal, Interpersonal and Systemic/Collective. Where are you at? What is alive for you right now? How do you engage with others? and how do you build, coalesce and maintain change-work?

Part 1: We start with the emphasis on starting with self-reflection, self-awareness, self-liberation as the starting place for the social justice champion.  You will gain a clear understanding of the Life Cycle of the Activist from how a person comes to WANT to engage and change to defining the “3 buckets” of Civic Engagement: (1) What is your civic heart, (2) what should be your civic knowledge set, (3) What should be your civic tool set or skills?

What is Our Call to Action?

Presented by Mariah Parker, M.A.
Mariah Parker discusses making space for oneself and others within movement formations through story sharing, embrace of fear and radical honesty, based on her own experiences as a battle rapper, hip hop promoter, electoral organizer and now-elected official.